Why are you adding seasoning to your dogs food, dogs don’t require seasoning in their meals. If I had a dollar for every time I heard that one, why I’d…. There is a lot of reasons dogs require seasoning the meals we feed them, more accurately using herbs as medicine is the future of all food, ours and theirs. We just happen to be way, way ahead of the game. Nutraceuticals is the science that brought Rawlicious food into existence.

Dogs just like you and I are contaminated by heavy metal poisoning. We are exposed and infected with these metal toxins routinely. Mercury is one such toxin they are exposed to through a variety of means, including fish, latex paint, fluorescent light bulbs, and button batteries. Its also found in found in the soil, groundwater, even vapors from burning oil’s or gas.

No matter how careful we are even feeding a complete organic diet, we can’t avoid toxins entirely. Thats why we need a routine and daily targeting. Just a few of the most likely culprits include.

Today we will focus on heavy metals

We all know the environment is also a leading benefactor to heavy metal pollution so no need touch much further on that. It can’t be overstated the importance and urgency to rid our dogs bodies of this metal and all others as accumulation is the big danger.

Other heavy metals such as Aluminum, Nickel, Copper, Iron, Cadmium, Arsenic, Selenium and Lead are very present at unwanted volume in our pets. Dr Gloria Dodd (2) a Holistic veterinarian routinely ran samples of every sick dog and cat she dealt in 1989 and again 2000-2001 the results were, as we might have guessed, not good. One would think it might have gotten better with a bit of light shining on a problem, sadly it has not.

Surprisingly the food we and they eat is one of the worst culprits.  Dr Karen Becker in an article for WJLA (3) asked the question and answered regarding the long-term health effects of pet food containing heavy metals. One study described in this article found that heavy metal levels found in pet food were between eight and 670-times higher than in human food, based on the sample. None was within a level considered safe for humans. Often many feed from the can, and even home prepared meals certain items are from the can, one culprit source, but certainly not the only.

Our pets don’t just get this from the commercial provided canned foods in can actually come from most all source meat including human grade. One the most affected organs, which showed higher levels of trace metals, were livers, kidneys and small intestines from source animals. All on the list of most all raw feeders.  (Baykov et al., 1996) (4) Food is one of the principle environmental sources of cadmium.  As cadmium moves through the food chain it become s more and moreconcentrated as it reaches the carnivores where it increases in concentration by a factor of approximately, 50 to 60 times (Daniel and Edward, 1995) (5) Toxic effects of cadmium are kidney dysfunction, hypertension, hepatic injury and lung damage (John and Jeanne, 1994) (6)

Its everywhere and its not going away anytime soon, so now what?

Mitigate! Nutraceutical it.. Sooner or later even the most stringent & ardent “Species Appropriate” feeder will come on board, kicking and screaming perhaps. But onboard they will come.

All roads for a thriving dog and cat intersect and drive through Nutraceutical Science. Everything else is lacking and incomplete.

Rawlicious approaches this in two steps. First remove these metals from the body in a natural way, and second give the vitamins and minerals our dogs need to function at thier best utilizing food as both medicinal properties as well as nutritional. 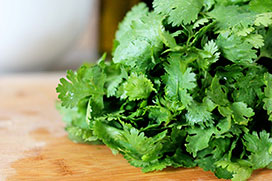 Cilantro, not seasoning, science. Cilantro is highly effective metal toxin binding agent and mobilizer. In one end, out the other with heavy metals. It has been used to assist with the safe removal of heavy metals within the body. Cilantro has been used in Chinese cooking for hundreds of years. like other ancient cultures, the Chinese valued cilantro for it’s medicinal qualities.

Science caught up and proved the validity of just one of powerful medicinal effects from use of this herb. (7)  Cilantro is AMAZING for removing heavy metals such as mercury, aluminum, and lead from the body. According to Robert C. Atkins MD, humans taking 400 mg of cilantro a day can remove most heavy metals from the body in just two weeks.

Cilantro works the same on humans and animals. Cilantro contains a good amount of vitamin A, some vitamin C as well as vitamin K.  The flavonoids, iron and magnesium are beneficial as well. It helps to mitigate gas and indigestion, so additional bloat benefits. It also has a calming effect on the stomach.

Cilantro is in every complete Rawlicious Formula. 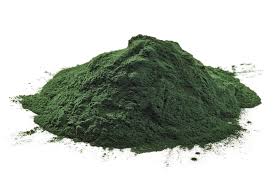 Chlorella is a binding agent that helps eliminate the heavy metals removed by cilantro. Binders prevent your body from reabsorbing the toxins, which is very important. It is also rich in vitamins A and C, magnesium, and zinc, which support the body’s natural detox systems.  Chlorella are single-celled, freshwater green microalgae that thrive in sunlight. Like spirulina, chlorella have been linked to a variety of potential health benefits, including as an immune booster, gastrointestinal aid and detoxifier.

According to Dr. Clarence Hardin, DVM (The Veterinarians’ Guide to Natural Remedies for Dogs by Martin Zucker), chlorella also contains chlorella growth factor, which is rich in nucleic acids. “The quantity of nucleic acid in the body decreases with age, a decline associated with the aging process and weakened immunity,” Hardin says. Hardin recommends chlorella for long-term use to slow down the aging process and boost health in older dogs, as well as to help in treating specific diseases like cancer, colitis, liver or kidney disease, and skin conditions.

Holistic veterinarian Dr. Karen Becker recommends chlorella as a super green food that is a natural detoxifying agent that can help with toxic buildup from perpetrators like pesticides and herbicides, vaccinations, unhealthy pet food, chemical pest preventatives including those for fleas, ticks and heartworm and just plain old environmental pollution.

Chlorella is in every complete Rawlicious Formula. 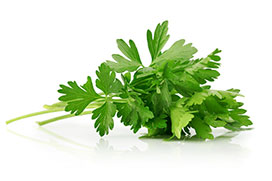 Parsley, not seasoning, science. Parsley stimulates the kidneys. Parsley is also rich in vitamin C, chlorophyll, beta-carotene, vitamin K, and folate, which are all help support the body’s natural detox systems. It also raises glutathione levels which supports the liver. The glutathione antioxidant is a tiny but powerful nutrient that is vital to your dogs cell health, liver function and immunity. … Though small, glutathione is the uncontested king of antioxidants. Glutathione is responsible for removing xenobiotics, which are foreign chemical compounds that are present in all of our pets’ bodies as a result of living in a chemical-laden world. Dr Karen Becker (8) recommends glutathione for many different reasons, including for effective chlorine detoxification as its the only way to remove chlorine from the body of our pets. Pets drinking city water benefit immensely from this addition to a regular detox protocol.

Parsley is in every complete Rawlicious Formula. 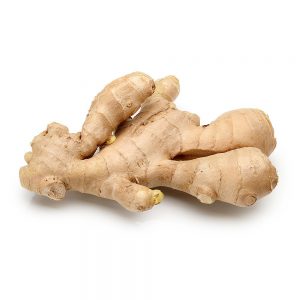 Ginger (Zingiber officinale) has many medicinal uses, such as anti-inflammatory, antioxidant, and neutralization of charged particles. Cadmium accumulation in the liver was significantly reduced by ginger treatment after heavy metal exposure. (Vaccinations)  Ginger is protective from mercury and lead to a lower degree. Ginger offers some protection from heavy metal concentrations in the liver as well.  When ginger was given one week after the exposure to heavy metals (group 3), the level of protection from Cd was increased compared to Hg and Pb. “9” Other great benefits include a role in relieving or preventing bloat in dogs due to its ability to stimulate movement in the stomach and accelerate emptying of the stomach, as demonstrated in several studies (10)

Since arthritis is an inflammatory disease and ginger is a natural anti-inflammatory, incorporating ginger into your dog’s diet if he is suffering from inflamed joints should offer some relief.

Ginger has even shown to have benefits as a cancer fighter in some studies. Demian Dressler, DVM, from the DogCancerBlog.com, showed that ginger could slow the rate of breast cancer growth in mice; while another study demonstrated that ginger could kill lymphosarcoma cells in a test tube. Inflammation plays a role in cancer development, ginger’s anti-inflammatory abilities also are very beneficial  when it comes to cancer, according to Dressler. Since cancer and immune system suppression typically go hand-in-hand, ginger’s immune-boosting powers are another huge plus.

Heart worm benefits of Ginger in at least one study have been very promising. Conventional prevention options are full of chemicals and risks and while they appear to be a necessary evil, Ginger is fast proving itself as a heart worm preventive powerhouse. One study has shown great promise in using ginger for the treatment of heartworm disease in dogs. The reduction of heart worm larvae concentration ranged between 83 percent to 98 percent in infected dogs treated with ginger.

Ginger is in every complete Rawlicious Formula.

Its not a miracle some of the healthiest dogs you will ever see are Rawlicious dogs, its Nutraceutical science and the love and thought process of our one of a kind complete powerhouse formula.

Give us a month will give you thrive like you have never seen in your dog!